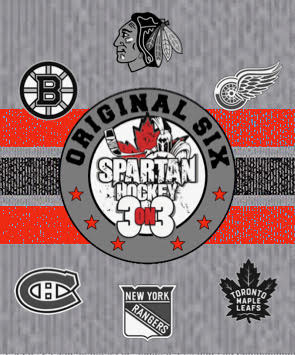 2) Face off at start of each period at centre ice

3) Goalie has 10 seconds to get rid of the puck

4) No icing rule in effect

6) Goalies will not switch ends

8) Each team is awarded one 30 second time out

10) Line changes in 60 second intervals via buzzer, drop puck immediately and skate to bench (atom and peewee line change on the fly-no buzzer)

13) When a penalty is called the clock will NOT stop.

15) No overtime during round robin, goes to a shoot-out (5 minutes allowed 3 player shoot-out.  If still tied, shooters will be selected one by one until one team outscores the other. All players must have a turn before any player is chosen again for the shootout.)

16) Goalie may be pulled in the last 3 minutes of the game, or on a delayed penalty call

17)  Flood done before each game only

Manage your identity from the palm of your hand to the top of your desk.